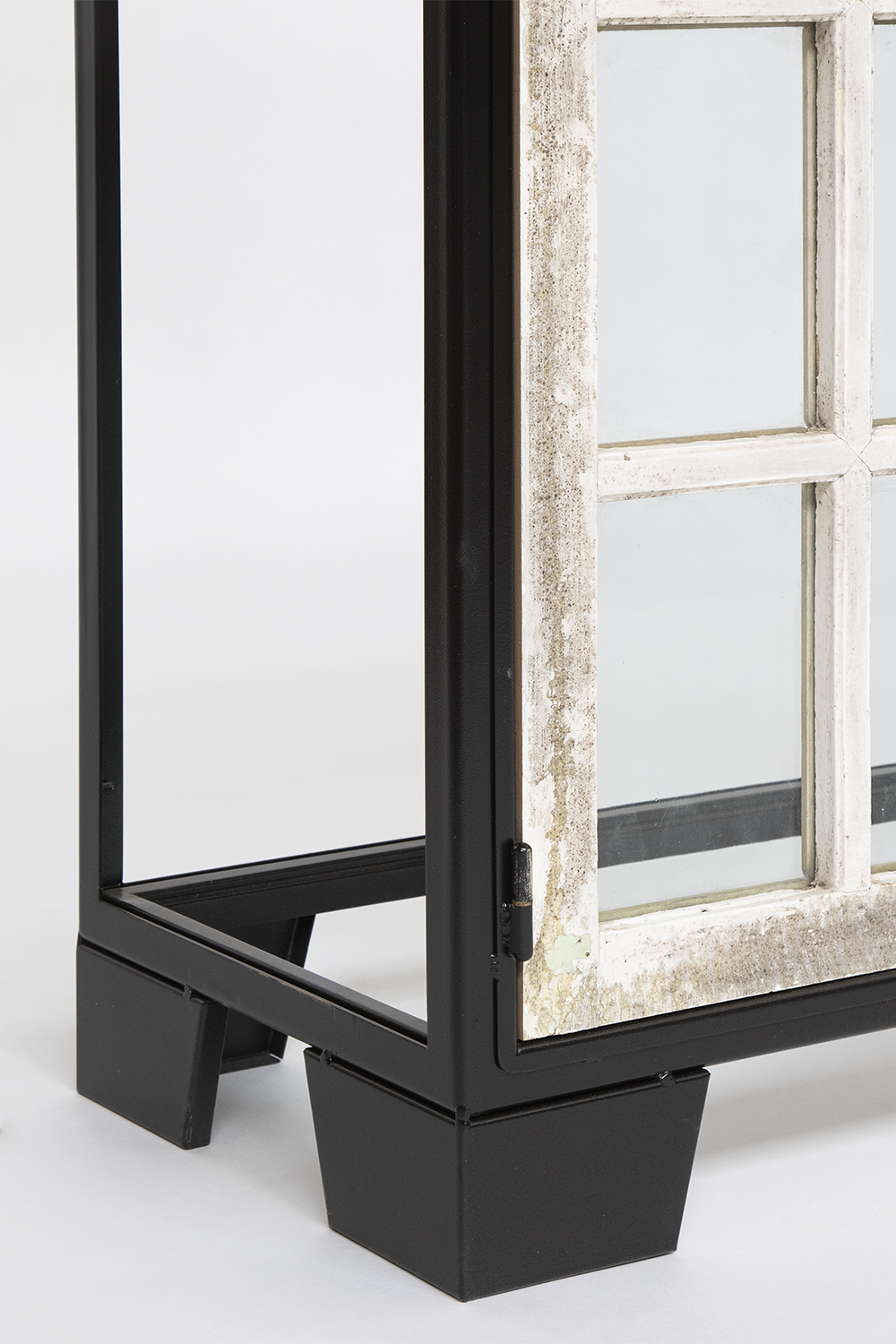 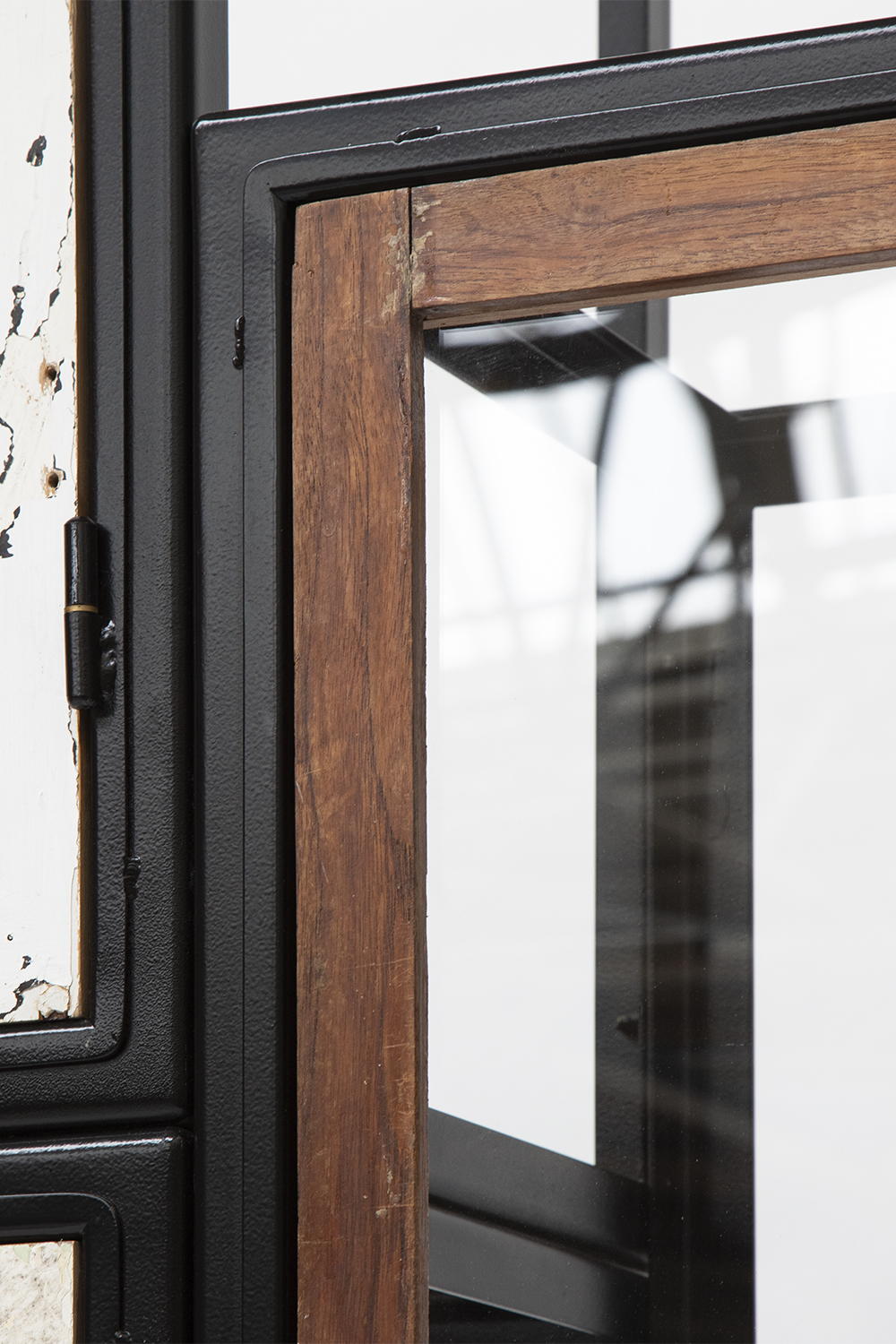 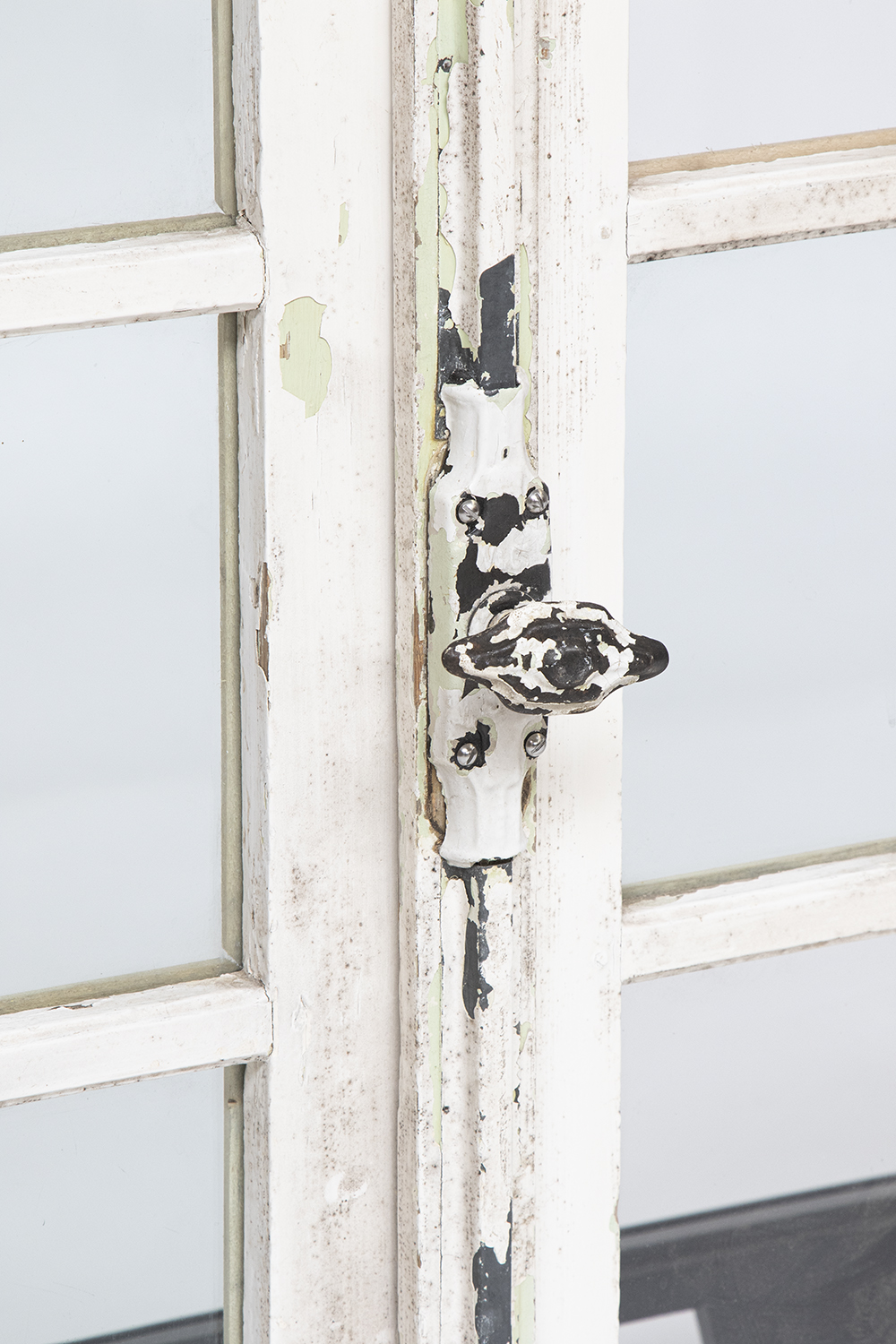 In 1996 we presented a series of 28 window and door cabinets in the Stedelijk Museum in Amsterdam. Since then, we have completed countless assignments based on windows and doors. But we never took the cupboard around the window itself as a starting point. So now a unique object that can be produced in series has been created. Assembling and stacking the cabinets against each other offers the possibility to create unique installations.

The design not only builds on what can almost be called a window and door tradition, but is also the result of a series of steel display cabinets that we have made from 1993 onwards. The apparent lack of details with which the wooden windows are framed in fully transparent steel frames, turns out on closer inspection to be an all-round construction of frame, profiles, glazing beads and shelf supports. We would not have been able to make these cabinets without the showcases we made earlier and the experiences we had with them.

One of the most interesting aspects of the window and door cabinets was that the window or door was the inspiration for the cabinet. With that, the inspiration became part of the cupboard. As a result of which the design process literally became transparent per object and the (overarching) concept also did not need an explanation. Now it is again a simple story: the window determines the size of the volume and the way in which the volumes are combined determines the object. A child can do the laundry. The boundaries and the possibilities are clear, but each object is unique.